Sex, religion, and politics in conflict – is this “Tosca” or the GOP?

During a performance of Puccini’s “Tosca” last evening, I was temporarily confused about whether I was in the opera house or watching a Republican Party Primary debate.

The conflagration of sex, religion, and politics is a volatile mix that is as old as human culture and yet as fresh as Jon Stewart’s and Stephen Colbert’s satires.

One would think that after a hundred and twelve years and countless performances of Puccini’s opera, Tosca would realize that her illicit love affair with artist and revolutionary Mario is likely to be in for a bumpy ride.

But every time she walks into the church of Sant’Andrea della Valle in Act One and promptly starts being wooed by her lover, she misses the clues that Mario’s ardent kisses, while genuine, are also intended to distract her attention from the escaped political prisoner that he is hiding from the tyrant Scarpia.

Chief of Police Scarpia’s political oppression and sexual violence jar her from a romanticized ideal and into a profound commitment to risk everything for her beloved Mario.

In societies around the world, true love is in constant battle against religious intolerance and political expediency.

Many of us have testimonials we could share about the struggles in which our love has been tested in furnaces stoked by societal prejudice. Thankfully, for most, our relationships survive and are stronger as a result.

Sadly, the last act of some people’s love lives ends tragically, as did Tosca’s.

It is incumbent on all of us of to work for happier endings.

Sex and Death in Mozart’s “Requiem”

I’ve just come from a performance of Mozart’s “Requiem”.

There are not many pieces of music that can bring me simultaneously to the verge of an erection and tears.

Many mysteries surround Mozart’s life and this particular work. One reality though is the inter-linkage of sex and death. Mozart passionately embraced life including sexuality but died far too young in 1791 while composing the “Requiem” (more or less accurately portrayed in Peter Shaffer’s play “Amadeus” subsequently made into the 1984 Oscar-winning film by Miles Forman.) Mozart was commissioned by a Viennese nobleman to write the “Requiem” to commemorate the tragic death of his vivacious twenty-year-old wife. Other compositions of Mozart’s such as his opera “Don Giovanni” integrate themes of powerful sexual appetite and the foreboding drama of death.

I found myself swept away (a.k.a. aroused) particularly in the early movements of the performance at the Toronto Symphony concert. The potent and luxurious harmonies and gradually building intensity of the orchestra, chorus, and soloists in the introductory section felt like a robust and attentive lover enveloping me in foreplay. Then suddenly the energy level catapulted into the vigorously assertive passion of the Kyrie. (It didn’t hurt that the tenor soloist was stunningly handsome.)

And yet as I glanced down at the Libretto drawn from the Mass, the wording was in a different universe from that uttered by lovers in the midst of sexual exuberance. The “Requiem” was after all composed to mourn the loss of a loved one. It’s a work of art about death.

Maybe the worlds of sex and death are not so distinct one from the other. Certainly for many of us who have been impacted by AIDS, the connection has seared our lives and our communities. One of the political slogans in the fight against AIDS has been “Silence=Death”. Mozart’s music crashes through the disabling strictures of silence and opens for all of us a world in which we can celebrate life, including sexuality, and also grapple with death.

The Vulnerable Core in “The Iron Lady”

I just saw the film “The Iron Lady” with Meryl Streep putting in a stunning performance as Margaret Thatcher.

I had anticipated the political biopic plotline and the Greek tragedy nature of Thatcher’s arrogance-induced downfall.

What I wasn’t prepared for in the film were the dual sub-themes of a) the in-depth treatment of her relationship with her husband Dennis Thatcher; and b) the focus on the vicissitudes of the aging process.

These two aspects of the movie struck a very personal chord for me as I suspect they will for many moviegoers and it is making me reflect on my own life. That surely is one of the criteria of good art.

We tend to see public figures largely in terms of their professional roles. Where their private lives do become visible is often in sensationalized situations, rarely in the context of their principal affectionate relationships. Margaret Thatcher is identified with (and loathed by many for) her politics. We get that in “The Iron Lady” but we unexpectedly get the impact on this woman of her love for and then the loss of her significant other. That theme in the film started my self-reflection.

I worked for thirty-plus years in the area of global environmental ethics, principally climate change. During this period, I participated in countless international conferences with the UN and academic institutions, was interviewed by media many times, and authored five books. After I took early retirement for health reasons, my life suddenly gyrated away from the public professional responsibilities and toward family care-giving roles with the deaths in quick succession of my parents, my partner’s parents, my younger brother, and then, cataclysmically, my long-term partner Bill.

My writing veered dramatically as I produced first a memoir of our thirty-three-year gay relationship culminating in the two weeks between his cancer diagnosis and his death, and then a novel that similarly depicts love, laughter, and loss.

My profile as an academic writer has been displaced by that of a story-teller of deeply personal experiences of love and grief. I sometimes feel like I have become an emotional exhibitionist, a dramatic role reversal from that of my decades-long professional persona.

I have significant misgivings about that transition.

The other dimension in “The Iron Lady” that caught me off-guard was the searing portrayal of the aging process particularly as it is impacted by the loss of one’s partner.

I left the theatre a bit shaken by how that aging process might play out in my life. I’m not ready. Are you?

My memoir “August Farewell” tells the story of the two weeks between Bill’s diagnosis with pancreatic cancer and his death. Interspersed among the scenes are vignettes from our thirty-three years together as a gay couple.

The two pictures below: a) in the professional role early in my working career; b) the current “author” photo used on my memoir and novel. 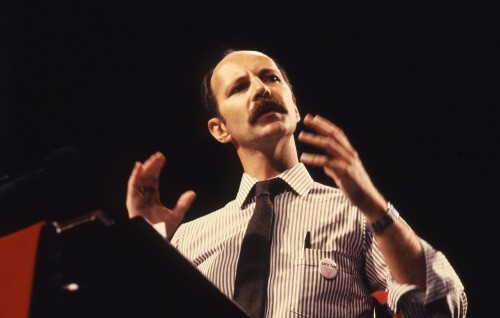 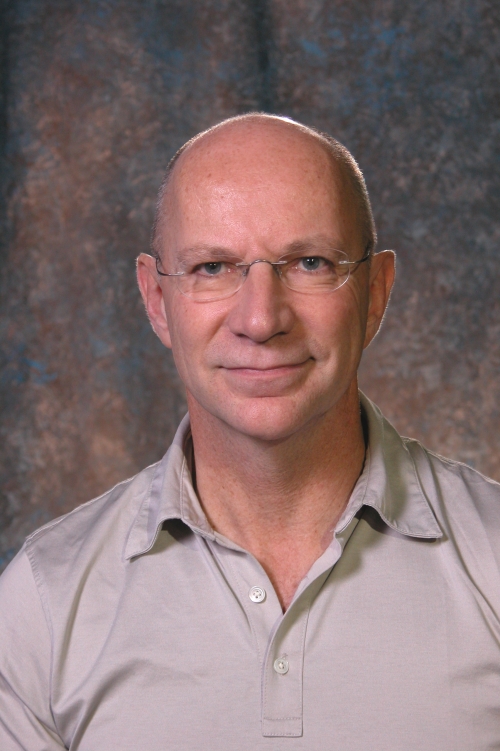 “So, have you started dating again?”

The question came out of the blue about halfway through dinner with a friend I hadn’t seen for quite awhile.

It caught me off guard but maybe it wasn’t as much of a non-sequitur as I thought at the time.

We had been talking about how I was getting along now that I was into my third year since the sudden cancer death of my partner Bill. Even though I have a wonderful network of friends, I carry an anxiety that they must be tired of hearing the same kind of response when they ask how I’m doing. It’s not a happy answer and I fear that it would throw a wet blanket over the socializing. So I don’t initiate the topic. They don’t often either, I suspect out of the very honourable intention of not wanting to upset me by leading me into the territory of mourningland.

But this friend was being persistent. So I described how, despite invitations to go elsewhere, I had spent Thanksgiving and Christmas Day at home making a turkey dinner, setting two places, and spending those memory-laden days alone; how I continued to go out to concerts, the opera, and theatre as Bill and I had done for decades but now I was sitting by myself; how I had been doing some socializing with friends but indeed spent the vast majority of my time at home reading, writing, and listening to music.

My mantra had become “solace in solitude”.

The “have you started dating again” question jarred me out of the memory reflection and thrust me around toward the future.

Many people have to confront this question having found themselves no longer in a relationship whether through the death of their partner or through a separation/divorce. I suspect that the prospect of entering the dating world again is intimidating for the vast majority of us.

I struggled to respond to my friend. Three issues raced through my head: a) a wounded, grieving soul like me hardly makes for a very attractive dating prospect; b) I can’t imagine summoning the energy to go through the process; and c) God I miss the affection, intimacy, and companionship of a special relationship.

So my response to his question was succinct: “No.”

“Not yet at least.

My memoir “August Farewell” tells the story of the two weeks between Bill’s diagnosis with pancreatic cancer and his death. Interspersed among the scenes are vignettes from our thirty-three years together as a gay couple. 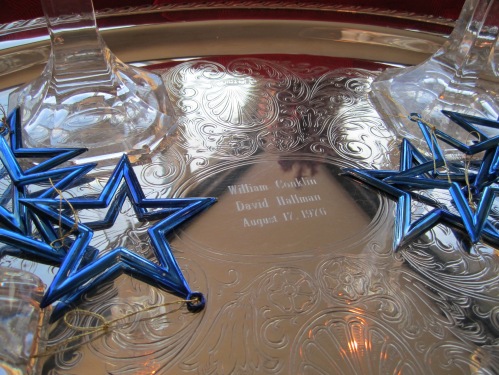