Reflections on John Miller’s “Wild and Beautiful is the Night”

It is said that as authors of fiction, we write what we know and we make things up.

The “what we know” part is often people or events or emotional experiences drawn from our own life.

The “make things up” part is the creation of characters and storylines in our imagination.

There’s a third source for our stories: stuff that we don’t “know” initially but that we learn through research. Sometimes that research is done in libraries or online, sometimes by immersing ourselves in an unfamiliar context, sometimes by interviewing or shadowing a person whose life or work we need to become familiar with in order to depict a similar character authentically.

John Miller did difficult research for his new novel, Wild and Beautiful is the Night. He interviewed in depth a friend and former colleague whose struggles with drug addiction and whose years as a sex worker provided graphic details of her day-to-day life and windows into the psychological terrain of her interior life. Because she was a friend, Miller didn’t have the emotional distance that he would have had if he were interviewing a stranger. He had the challenge of listening intensely to capture the detail and nuance that he needed for his writing while at the same time being drawn through the gut-wrenching pain that this friend was describing to him.

There was a further level of complexity to his research: he struggled with the ethics of a) asking his friend to grant him interviews as she was going through a particularly crisis-ridden period and b) whether compensating her financially ameliorated or exacerbated his use/exploitation of her hardships for his literary purposes. After his novel was published, John wrote about these ethical dilemmas in an article “A delicate question: How far will writers go for our craft – and at what cost?” published in the Globe and Mail.

When we write fiction, we are never in the exclusive realm of drawing on only one of these three sources. Because our brains are such integrative mechanisms, we are always, in varying proportions depending on the nature of the project, writing through the filter of our own life and perceptions, fashioning the sentences and storylines with the creative juices of our imaginations, and using material that we have gathered from outside.

Such was the case with Miller as he crafted Wild and Beautiful is the Night. He was writing out of the framework of his own life experience much of which has been spent in professional and volunteer capacities empowering vulnerable individuals and families living on the margins and helping to create more supportive and equitable social systems. He was grounding much of the substance of his story in the world that had been opened to him through the interviews with his friend. But Wild and Beautiful is the Night is not a biography of his friend. It is a fictional novel and, as such, truly a product of his imagination.

Given all of the above, I understood that Miller would be deeply and personally invested in the writing of Wild and Beautiful is the Night. But what was intellectually understandable became viscerally experienced when I immersed myself as reader in the book. It was as if some energy vortex had drawn me into the mind and the heart of John Miller and I was living this story through his being. His grounding as a person of great empathy and social commitment pervades the writing. The graphic detail of the world his characters Paulette and Danni inhabit and the portrayal of their physical and emotional struggles for survival come across as so immediate it is as if I were Miller himself sitting in the coffee shop listening to his friend recounting her experiences. But his personal orientation and the interviewing research do not ensure an engagingly written story. It is Miller’s creative imagination that has made Wild and Beautiful is the Night one of those books that will live with me for a long time with characters that vibrate off the page, conflicts that had me on the edge of my seat, and heart-breaking twists and turns that are depicted with such clear-eyed and unsentimental poignancy that I could feel Miller’s ethical dilemmas roiling around in his heart and mind as he tried to do justice simultaneously to his craft as an artist and his commitment to his friend’s legacy.

Wild and Beautiful is the Night is a masterful piece of writing.

Information on John Miller’s Wild and Beautiful is the Night and his previous novels The Featherbed and A Sharp Intake of Breath is available on his website at: https://johnmiller.ca

Information on my collection of gay literary short stories Book Tales, my novel In Search of Gilead, and my memoir August Farewell is available on my website at http://www.DavidGHallman.com 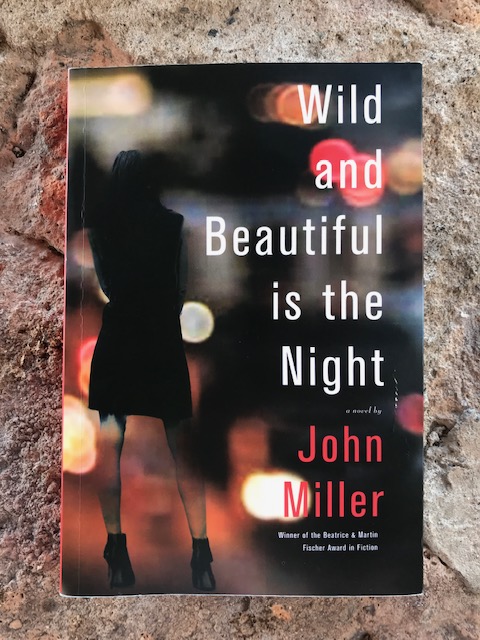